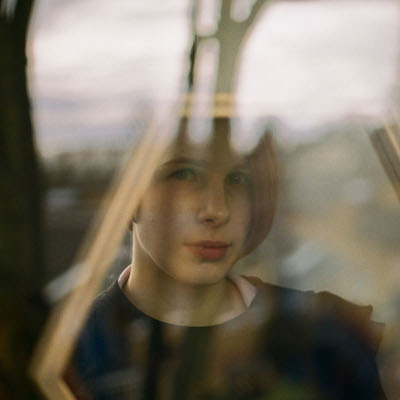 ‘Safe from Me’ is out now on all streaming services, and available to pre-order on vinyl here.

As a psychotherapist by day, Laura Fell’s debut album, ‘Safe from Me’, is a search for answers from a woman always expected to have them to hand, and the self-punishing frustration that assumption brings.

Fell’s dedication to this journey of self-discovery was unquestionable from the off, so much so that her peers questioned her sanity. Holding down three jobs to fund the record, Fell was determined that the songs would go far beyond their acoustic guitar genesis, assembling classically trained musicians and their flugelhorns, cellos, saxophones and double bass to fully realise her vision.

Lead single ‘Bone of Contention’ is the first of those fully fleshed-out arrangements to be shared. Incredibly refined, ‘Bone of Contention’ shares the elegance of a painting that stands proudly at the top of a stately home staircase, more hidden details emerging with each glance – the airy synths, sweeping strings and the richness of Fell’s Aldous Harding-echoing vocal dawning on you with every play.

“Bone of Contention is an exercise in anger, really. I’ve always struggled to feel anger without also feeling out of control, and therefore disempowered. What this song is about is allowing myself to sit with my anger, and ending up finding clarity and power within it,” Fell explains.

London-based, Fell only started playing music at 25 when the poetry she had been writing for almost a decade began to feel more like songs. This talent for wordsmithery stretches throughout ‘Safe from Me’; Fell invites you to claw at the soil until you strike gold, and the meaning eventually becomes unearthed.

A strikingly personal album, opener ‘Glad’ is a message of hope for her recently divorced parents as they embark on new lives without one another, while the title track finds Fell grieving a loss of self in a previous relationship, a period where she prioritised another’s needs so much so that her sense of identity shrank, colourless and withered.

It’s on ‘Cold’ though where Fell bears the fruits of her self-excavation. Atop crystalline guitars, Fell delivers her conclusion: “I can’t find the answers for myself / it’s easier to help somebody else.” In ‘Safe from Me’, Fell has conceived an invaluable portal for others to achieve a sense of solace that remains for her tantalisingly out of reach.