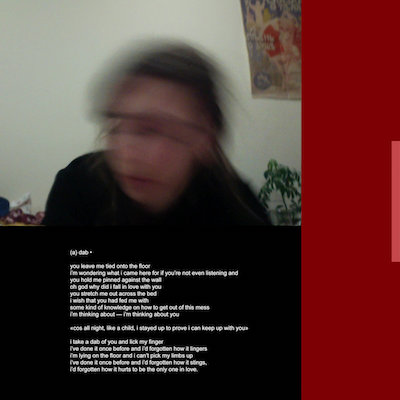 (a) dab is out now on all streaming services.

“A hauntingly stunning single that challenges the conventions of time, space and structure.” – Paste Magazine

“A perfect juxtaposition of genres, eras and cultures.” – For The Rabbits

‘(a) dab’ comes hot on the heels of the widely-acclaimed lead single ‘(a) wall’ which featured on Radio 1’s Chillest Show and amongst Paste’s ‘Best New Songs’. Sharing a similarly haunting feel to its predecessor, heka’s flair for integrating found sound with her experimental folk comes to the fore here along with a grotesque lyrical quality that echoes Jenny Hval.

Of the track, she says: “Sometimes being in love can feel like being on drugs. There is a similar kind of influence that we willingly, and then inevitably, accept to be under; where we choose to give ourselves up.

“I guess there is a desire, in a sense, to be weak and vulnerable, and sometimes the wrong person can take advantage of that. This is what this song means to me.”