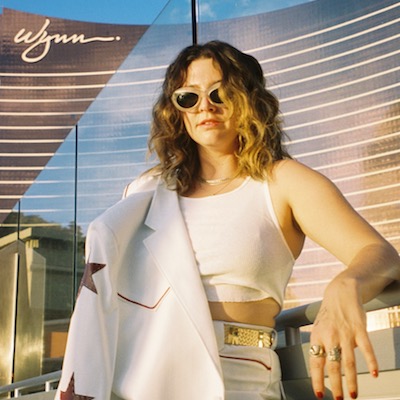 Larger-than-life personality, Lou Roy, has shared second single, ‘Uppercut’ from upcoming album, ‘Pure Chaos’ – co-produced alongside Sarah Tudzin of Illuminati Hotties, it is the follow up to first single, ‘Valkyrie’.

From Topanga Canyon, a mountainous LA suburb, Lou lives by the mantra ‘joy is king!’ – a saying that comes from her admiration for the chaotic, adult playground of Las Vegas. ‘Chaos reigns.