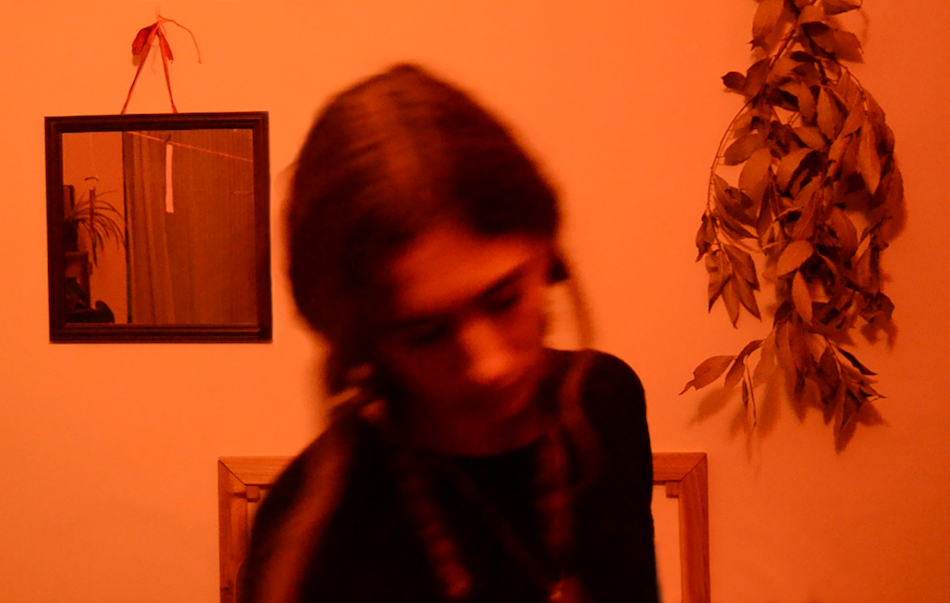 “(a) wall is a hauntingly stunning single that challenges the conventions of time, space and structure.” Paste Magazine

Raised in the Italian hills but now residing in London, Francesca Brierley aka heka seeks to explore the connection between sound, space and memory by assembling recordings from different time zones and different eras to produce a compelling composite.This distinct experimental folk is expertly displayed on lead single ‘(a) wall’. As soon as the headphones cover your ears, you become immersed in a noir backdrop of retro sci-fi gloom whilst Jemima Coulter’s trumpet splices in and out like an arm urging to pull you back into the real world.Of the track, she says: “I guess the song is an ode to anger. Not in an absolute sense but as the cathartic alternative to the numb powerlessness that can take over and swallow every other emotion when we find ourselves in a painful or shocking situation.

‘Hate’ in this sense is seen as a way to eventually move past the grief, especially in the face of someone else’s lack of action, or evasiveness, which can be overwhelmingly paralysing.”

Elsewhere on the EP, ‘(a) mask’ perhaps best exemplifies how heka challenges our fixed notions of time and place. Bringing together a few notes of electric piano recorded at a friend’s house in San Diego, the saxophone of a street busker and a recording of Aldous Huxley on acid, this song shimmies formless-ly like a spectre moving through a room.

‘(a) dab’ compares indulging in unrequited love with addiction using the grotesque in a way Jenny Hval would be proud of, while the white noise-esque palette of ‘wires’ ironically acts like connective tissue, cable tying the songs together in a neat bundle.

An artist unfixed by location, genre, or art form – much will be revealed of her prowess for film later in the campaign – heka has followed few rules composing and recording (a). Yet by obscuring the borders of time and place, ironically, she’s created a work of art that imposes a world on the listeners with a very definite landscape and light shade. A simulation almost, (a) invites you to don your VR headset and explore – who knows what you might find?

Photograph of heka – self portrait by by the artist.